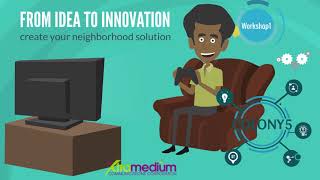 Thanks to the First Participants: CTC20: Reconstructing Small Business

Last Month: In Our Lifetime

The Tale of Two Cities: Creating The Change In Our Lifetime

Growing up in the city of Chicago I have had the pleasure of being a true city girl. Unlike most kids from the community that I went to grammar school in, I was blessed with the opportunity to experience the entire city. My Dad made sure of that. He was intentional about me knowing the city and more importantly knowing how to get around the city. By the age of seven I was very well aware that Madison street and State street were the dividing lines and those bus routes could get me home from anywhere.

Armed with that information I moved around the city around the city with little care or concern. In and out of communities that didn’t necessarily have people that looked like me, but never feeling like I didn’t belong. I went to the movies, dinner, shopping and ice skating downtown, I went bowling and skating on the north side, and I went to church on the south side. On each side of town and surrounding suburbs I had family and extended family.

The city, in its entirety, was home. Experiencing the city in this way also made me keenly aware that I had to go outside of my own community to get to the things that I enjoyed. It made me aware that there were vast differences in my experience when I got off the Madison bus at State street, verses when I got off at Kostner Ave.

Now, knowing all of this did not change the fact that I enjoyed my life growing up and I enjoyed my neighborhoods, both Lawndale and Austin. We didn’t have the concerns that kids today have. Times were different. I was safe, cared for, and kept occupied. We got out of school at 2:30pm everyday. Cheerleading practice would start at 3:00pm. That gave me enough time to run from my school to my Aunt’s house in three minutes flat to catch the end of General Hospital. This was a guilty pleasure that I adopted from my Grandmother, and one that my sixth-grade teacher and I shared. At 2:57pm I would dart out the door and run back to the school, give her the update on what happened, and make it to cheerleading practice. My Aunt lived three blocks from my school. How did I do that run in three minutes with my young short legs? Vacant lots. I’m not sure if I learned first by experience or by a math lesson that a diagonal line is shorter than a straight line, but that lesson saved me time and brought home the reality of my living in an empty and vacant community.

At a young age, this was the defining difference between my early years in North Lawndale and my time in Lincoln Park. When I would go to the YMCA with my Dad that was once on North Ave. and Halsted St., I never saw vacant lots. When I went downtown and to Chicago suburbs, I never saw vacant lots. I quickly realized that vacant lots were a sign of disparity and a sign of lack. I knew something was wrong and it did not have to be this way. When I was 11 years old I would say I was going to be the first Black female mayor of Chicago. I believed that too. My cousin Shawnda was going to be my press secretary. The first order of business was to fill all the vacant lots around the city. I figured this was a pretty simple task. I believed if I could replicate what I saw, fill the lots with homes and businesses, my community would be that in which I was able to escape to. I believed that my efforts, at 11, would create the change in my lifetime that I desired so deeply to see.

“The American Dream is rooted in home and community. For many, home symbolizes stability and physical security; for others it signifies an investment, an identity, or crucial mark of citizenship. A community can provide friends and neighbors, safety, parks, good schools, and a sense of belonging. Whether secured through renting, owning, or the generosity of others, home and community represent the bedrock of a family’s future.

Yet not every home and community offers all of these advantages, and not everyone takes the same path home. The dream of securing a foothold of one’s own can play out in vastly different ways based on race and economic circumstances.”

These passages were taken from the book, Toxic Inequality How America’s Wealth Gap Destroys Mobility, Deepens The Racial Divide and Threatens Our Future, by Thomas M. Shapiro. They bare the harsh reality of the racially and economically segregated communities in Chicago. It speaks to the harsh reality that as a child I could see so clearly.

In 1965 Dr. Martin Luther King Jr. began his Chicago campaign. Dr. King stated that Chicago, a northern city, was even more segregated and worse off than cities in Alabama and Mississippi. In 1966 he lived in Chicago in the Lawndale community. He stated that Lawndale was truly an island of poverty in the midst of an ocean of plenty. 1550 S. Hamlin was Dr. King’s address when he lived in North Lawndale. In 1994 when I was cutting through vacant lots, that address was also a vacant lot two blocks west of the street where my Aunt lived. I walked pass that lot hundreds of times not knowing the legacy that was birthed from that spot, only feeling the potential hopelessness driven by the trash and weeds that stood as tall as I did.

Fast forward almost twenty-five years and I find myself pulled by the same two neighborhoods, seeing the same differences on a larger scale. I work in Lincoln Park for a major financial institution. It’s a pretty congested neighborhood so I have to park on the street, and a few blocks away. Not so bad when the weather is nice, and not so bad because the neighborhood is nice. I see people running, (for exercise and not from bullets), kids and parents walking together to schools, the lake front and Lincoln Park Zoo just steps away, and restaurants, retail, specialty shops, café’s, health care systems, and financial institutions crowd the neighborhood. Lincoln, a Chicago Public School, is blocks away with students ranking in the 97percentile respectively in both math and reading. When there is a robbery in the neighborhood, we hear about it for weeks. “Be careful going home, Girls”, is what we are told by almost every client we see.

Months earlier I found myself down at CPS headquarters speaking as a product of my elementary school attempting to make the case for why the school should keep their doors open. I stood there reciting all of my accomplishments and about how much that school and those teachers were very much apart of who I am today.

That sixth-grade teacher who I kept abreast of the happenings in Port Charles also taught me the 54 countries in Africa, took me twice a year to the Lyric Opera, and made us learn “big words” and use them in the classroom and in conversation because she said if we used the word at least six times we owned them. We couldn’t move in the line about the hallways until we were quiet, and standing tall as the Queens and Kings we were. I stood there and shared my story for her. Needless to say, my words and memories were falling on deaf ears. The decision was already made. In that hallway with all those teachers that have been fighting for and in that community for years were all about to be displaced. It was heartbreaking.

During that time, I learned about how much the neighborhood and students had changed since I was there. It was normal for kids to lose multiple family members to gun violence by the time they were graduating from eighth grade. The vacant lots doubled, homes that were occupied by families were now abandoned, there wasn’t a grocery store in sight, the candy store, the pharmacy, the family owned restaurants, and the game room were now gone. Students at Dvorak now ranked in the 18 percentile, respectively in Math and English, and over 30% of their student population was homeless. It felt like a punch in the throat. The next day I had to get up and go to work in a community that for most of my life I had been using as the golden standard to the one in which I grew up in. The divide grew wider and stronger, and there I was teetering between both worlds.

I needed to do something. The dream of being the first Black female mayor of Chicago seemed to be just that, a dream. My desires to enter the political arena subsided, but the goal of changing the landscape of communities like Lawndale and Austin were still burning.

With much hope in my heart, I now have the ability to lessen that divide and improve the economic inequalities that fill neighborhoods like Lawndale, Austin, Garfield, Auburn-Gresham, Englewood with the work of Colony 5. We believe that if we assist in changing the community solely by putting power, resources, and support into the hands of the entrepreneurs from the community.

While we don’t have direct access to what happens with the school systems, and how the real estate in the community is developed, we do have the ability to give hope and a future to those entrepreneurs that love their community and everyday are looking to provide solutions to the problems that they see daily. While I may not be the Mayor of Chicago right now, I still can work hard to close the wealth gap. One entrepreneur at a time.